The model for MLR, given n observations, is:

The dataset has 5 columns which contains extract from the Profit and Loss statement of 50 start up companies. This tells about the companies R&D, Admin and Marketing spend, the state in which these companies are based and also profit that the companies realized in that year. A venture capitalist (VC) would be interested in such a data and would to see if factors like R&D Spend, Admin expenses, Marketing spend and State has any role to play on the profitability of a startup. This analysis would help VC to make investment decisions in future.

Let’s look at the dataset we have for this example:

One challenge we would face while building the linear model is on handling the State variable. State column has a categorical value and can not be treated as like any other numeric value. We need to add dummy variables for each categorical value like below:

Add 3 columns for each categorical value of state. Add 1 to the column where row value of state matches to the column header. Row containing New York will have 1 against the column header New York and rest of the values in that column will be zero. Similarly, we need to modify California and Florida columns too. Three additional columns that we added are called dummy variables and these will be used in our model building. State column can be ignored. We can also ignore New York column from analysis because row which has zero under California and Florida implicitly implies New York will have a value of 1. We always use 1 less dummy variable compared to total factors to avoid dummy variable trap.

In above table, x1 and x2 are the dummy variables for state, x3 is R&D, x4 is Administration, x5 is the marketing spends.

How many independent variables to consider?

We need to be careful to choose which ones we need to keep for input variables. We do not want to include all the variables for mainly 2 reasons:

There are 4 methods to build a multiple linear model:

Select-all-in: We select all the independent variables because we know that all variables impact the result or you have to because business leaders want you to include them.

Bi-directional Selection: It is a combination of Forward selection and backward elimination:

In the multiple regression example since we have already executed with all the attributes, let’s implement backward elimination method here and remoe out the attributes that are not useful for us. Let’ have a relook at the stats summary:

Look at the highest p-values and remove it. In this condition x2 (second  dummy variable has the highest one (0,990). Now, we will remove this variable from the X and re-run the model.

Look at the highest p-value again. #First dummy variable, x1’s p-value is 0.940. Remove this one. Even though this appeared as high number in the previous step also, but as per the algorithm we need to remove only 1 value at a time. Since, removing an attribute can have impact on other attributes also. Re-run the code again:

Admin spends (x2) has the highest p-value (0.06). This value is low but since we have selected the significance level (SL) as 0.05, we need to remove this as well.

Finally, we see that only one factor has the significant impact on the profit. The highest impact variable is R&D spendings on profit of these startups. The accuracy of the model has also increased. When we included all the attributes, the R squared value was 0.9347 and now its at 0.947.

The word “linear” in “multiple linear regression” refers to the fact that the model meets all the criteria discussed in the next section.

For the analysis, we will take the same dataset, we used for Multiple Linear Regression Analysis in the previous section.

First step is to test the dataset if its fits into the linearity definition, which we will perform different tests in this section. Remember, we only test for numerical columns as the categorical columns are not taken into account. As we know that the categorical values are converted into dummy variables of values 0 and 1, dummy variables meet the assumption of linearity by definition, because they creat two data points, and two points define a straight line. There is no such thing as a non-linear relationship for a single variable with only two values.

By looking at the plots we can see that with the R&D Spend form an accurately linear shape and Marketing Spend is somewhat in the linear shape but Administration Spend is all over the graph but still shows increasing trend as Profit value increases on Y-Axis. Here we can use Linear Regression models.

The variables (X) follow a normal distribution. In order words, we want to make sure that for each x value, y is a random variable following a normal distribution and its mean lies on the regression line. One of the ways to visually test for this assumption is through the use of the Q-Q-Plot. Q-Q stands for Quantile-Quantile plot and is a technique to compare two probability distributions in a visual manner. To generate this Q-Q plot we will be using scipy’s probplot function where we compare a variable of our chosen to a normal probability.

The points must lie on this red line to conclude that it follows a normal distribution. In this case of selecting 3rd column which is R&D Spend, yes it does! A couple of points outside of the line is due to our small sample size. In practice, you decide how strict you want to be as it is a visual test.

3. There is no or little multicollinearity

Residuals as we know are the differences between the true value and the predicted value. One of the assumptions of linear regression is that the mean of the residuals should be zero. So let’s find out.

6. Check for Normality of error terms/residuals

The residual terms are pretty much normally distributed for the number of test points we took.

What is machine learning 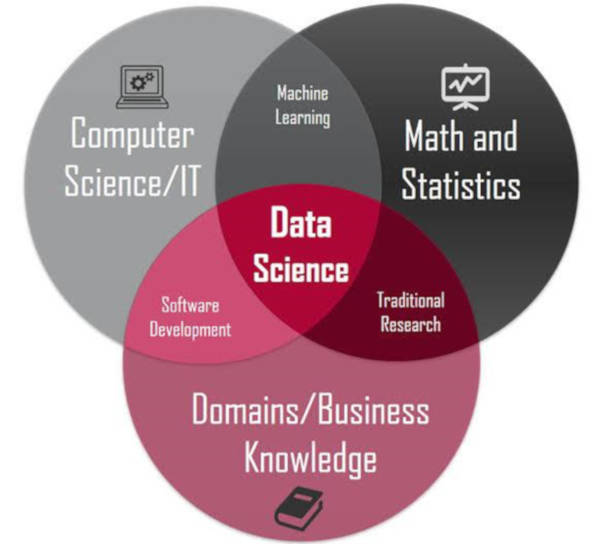